Thanks to everyone who watched me on Ultimate Recipe Showdown yesterday! I didn’t bring home the big prize, but I truly enjoyed every second of the competition and want to send out a huge thank you to everyone at Food Network and High Noon Entertainment for such an incredible experience! My goal heading into the competition was simply to have my recipes turn out the way they did at home, and I’m very proud that I managed to accomplish that under such stressful conditions. I also want to send out a HUGE congrats to Andria! I’m really looking forward to trying her rock star winning recipe! Also, here are the links for my caramelized plantain cupcakes and peanut butter cookie dough brownies if you are interested in making them.

Overall, I thought the judges were very fair and thoughtful with their candid feedback, and I’ve been keeping their comments in mind since the show filmed while developing new recipes. I was really blown out of the water was when Chef Micheal Psilakis tasted my brownies said “I would not stop eating this until I was sick.” Talk about a surreal moment! Actually, the whole experience was pretty surreal and I tried to take as many pictures as possible throughout the process, so I could share a behind the scenes look of the competition with all of you. I hope you enjoy my little recap! 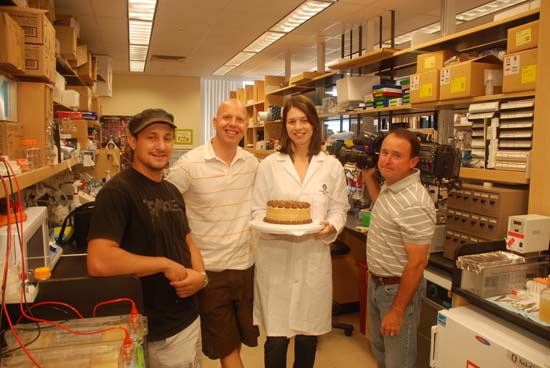 Two weeks after I found out I was selected to be on the show, while I was in the middle of adapting my recipes so they could be completed under the competition time constraints and furiously testing every brand of chocolate Whole Foods carried to see which would be best in my brownies, a crew consisting of a producer, cameraman, and audio engineer from High Noon Entertainment visited me in Boston to shoot some footage. The 30 seconds you saw of my lab and kitchen took all day to film! Not only did I get to rock my lab goggles (hahaha), I actually had a great time showing them around the lab and chatting about the filming process.

My first big challenge actually began about two weeks before I headed to NYC, and it involved the plantains…. The trick is that they have to have a black-brown peel to be sweet and soft enough for the recipe. Unripe or fermenting plantains = recipe fail, and since it’s difficult to predict when they will be just ripe enough, my strategy was to buy plantains every other day for the 2 weeks before the competition in hopes that 3 of the 30, yes 30, that I brought with me to NYC would be ripe enough. Here they are on my hotel desk in case you think I was joking about stuffing a carry-on bag full of my precious ripening plantains with me. The security guards must have thought I was crazy!

After safely depositing my plantains at the hotel, my next order of business was visiting the Food Network offices and studios at Chelsea Market! We met our competitors and went over the details of the show. Then I got to visit the test kitchens and make sure all my ingredients and supplies were in order. Just being in the Food Network kitchens made my heart flutter. 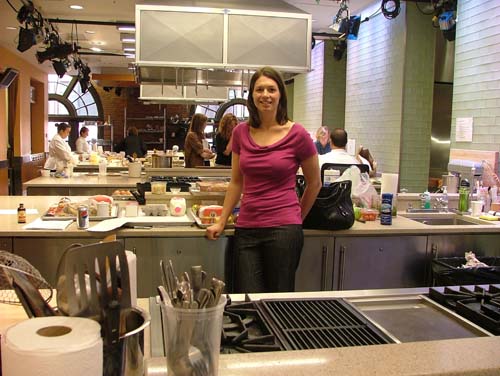 I attempted to calm my nerves and headed to bed early since our call time was an 8 am the next day. The cameras started filming as soon as we arrived. We put our stuff in the green room, which was filled with tasty snacks, and then put on our Food Network aprons with our names – yay! We actually got two and I smile each time I put one on to cook dinner every night. 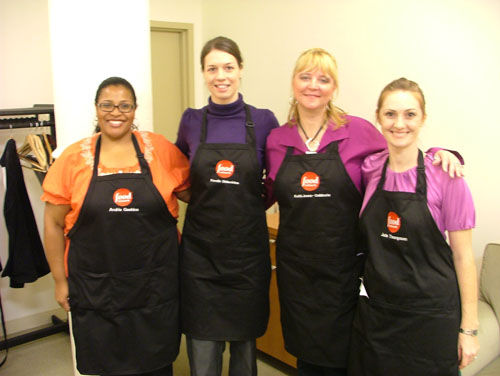 Then we entered the studio – the same studio where Iron Chef America is filmed, and the studio slowly started filling up with the film crew. There were about 60 crew members, and when I saw all the people, reality set in about what was about to happen. I was surprised about how nervous I got, but I couldn’t help it because it was such a big production! Before I knew it, Guy Fieri was filming the intro of the show and we were off and baking! 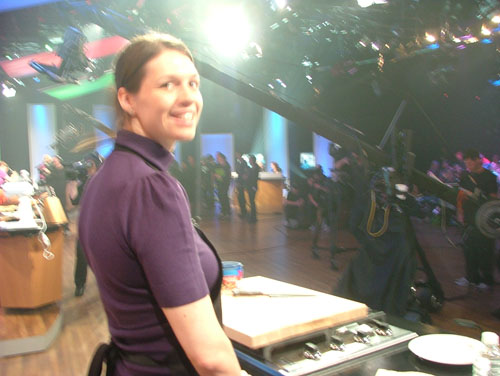 I’m not going to give a recap of what happened when I was baking since you already saw that part, but I did want to share that my favorite part of the show was when I was waiting for the ganache on my brownies to set. I actually took some time to just look around and take everything in and reflect on what an incredible experience I was having.

When it was all over, I managed to find Guy. I was a bit star struck interacting with him the whole time since Apolinaras and I are huge Triple D fans, but he was exactly how he is on the show in real life – super nice and funny, and he really did his best to put everyone at ease. He also gave me a big hug when it was all over and told me I did a good job – awww. 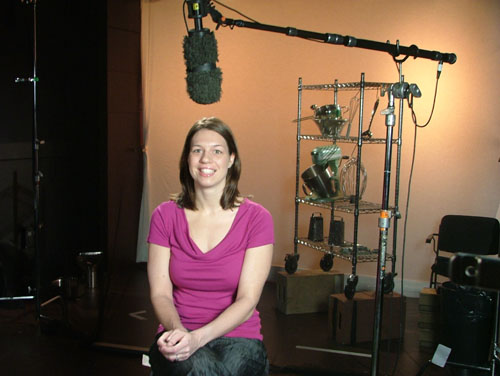 Overall, it was an amazing experience and one I will never forget. I highly encourage anyone thinking about submitting a recipe for next season to do so. You are all so creative and I would love to see a fellow blogger on the show!

I think I speak for the majority of food bloggers when I say that I started a blog because I love cooking and wanted a way to share my recipes with other foodies. But, I quickly realized that no matter how creative and delicious your recipes are, no one will actually...
Make this

Although I’m a scientist, I have to admit that I don’t know much beyond the basics of how science affects cooking, which is actually a bit embarrassing! So, I jumped at the chance to review Harold McGee’s new book, Keys to Good Cooking. The book doesn’t come out until...
Make this