Although I’m a scientist, I have to admit that I don’t know much beyond the basics of how science affects cooking, which is actually a bit embarrassing! So, I jumped at the chance to review Harold McGee’s new book, Keys to Good Cooking. The book doesn’t come out until October, but I’ve already been treated to a preview and each chapter gives a whole slew of tips about different ingredients from a scientific viewpoint. I’ll be posting my review next month, but I’m already impressed with the few pages I’ve read so far because all the information is just so incredibly useful.

For example, I didn’t know that some frozen veggies (green peas, lima beans, and sweet corn!) are always a smart buy because they lose flavor and tenderness so rapidly after harvest that the flash frozen version is often higher quality than the fresh one. Another of McGee’s tips in the book is that searing meat doesn’t seal in its juices. Instead, it’s the way that you cook the meat that determines moistness. He’s has been trying to convince the public about this for years – how do I know this? Well, I heard it from the man himself! 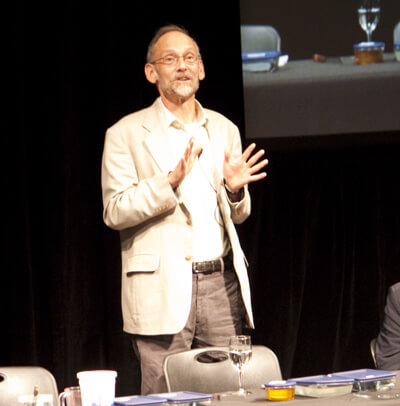 Harvard had a seminar this week entitled Science and Cooking: A Dialogue, that Shannon and I managed to score tickets to attend. I chatted with McGee briefly after the event while he was signing my mom’s copy of On Food and Cooking, and he was so nice and assured me that the book would be even better than the summary sections they sent! 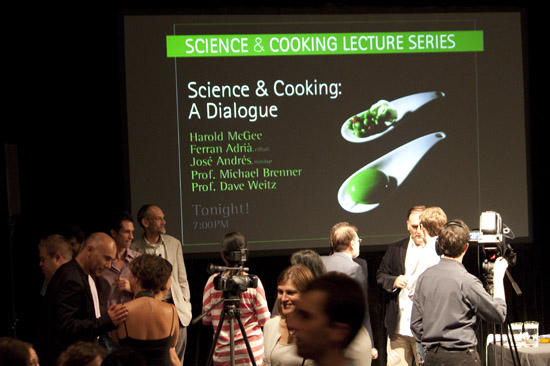 McGee’s talk was just the tip of the iceberg though – look who else was there! 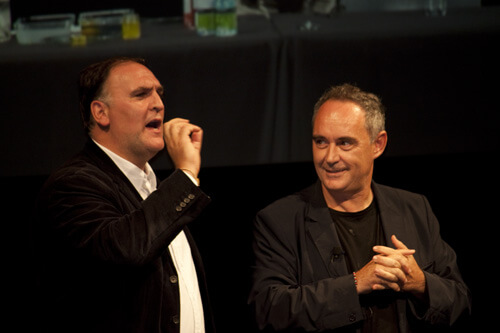 Yes, that’s Ferran Adria on the right, the chef behind El Bulli, a Michelin 3-star restaurant on Spain’s Catalonian coast, which is considered by many to be the best restaurant in the world! He is the creative genius that founded avant-garde cooking (he seemed to prefer this term over “molecular gastronomy”), a culinary style in which chefs use scientific techniques to create the most gorgeous and intricate dishes with surprising elements of flavor, temperature, and texture. 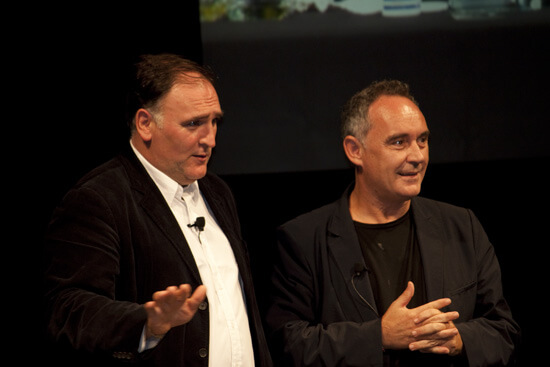 Adria’s Catalan translator and friend Jose Andres, on the left, stressed that beyond being the first person to create foams and invent spherification (which they demoed!), that Adria has pushed the culinary world in an entirely new direction because he has never hesitated to share his techniques. 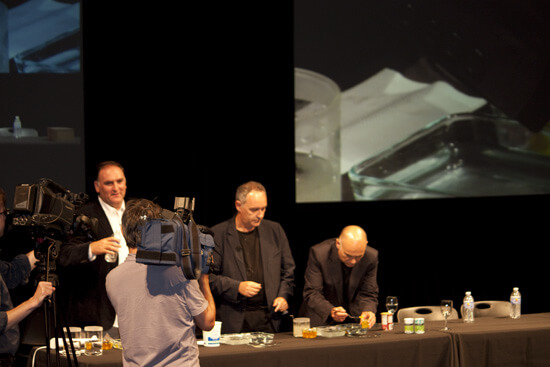 In fact, Adria is closing El Bulli next summer to open a center where chefs from around the world can come and study and create dishes without the pressure of having to serve diners every night. And get this, they will be posting what they create each day on the internet every night – incredible! Adria is also spearheading a course at Harvard this semester on science and cooking, which is why he was on campus. His philosophy that cooking, and life in general, is about curiosity and a willingness to learn was so inspiring! I’m so glad I was able to attend!

Thanks to everyone who watched me on Ultimate Recipe Showdown yesterday! I didn’t bring home the big prize, but I truly enjoyed every second of the competition and want to send out a huge thank you to everyone at Food Network and High Noon Entertainment for such an...
Make this

I think I speak for the majority of food bloggers when I say that I started a blog because I love cooking and wanted a way to share my recipes with other foodies. But, I quickly realized that no matter how creative and delicious your recipes are, no one will actually...
Make this