Kia ora! I’m finally gone through all our New Zealand pictures, so my next several posts will be recaps from our trip! New Zealand is just a breathtaking country and has something for everyone – mountains, beaches, wine country, even glaciers, volcanoes, and rainforests. It’s about the size of Colorado and one third of the country is national park, so there are endless possibilities for exploring. Adventure sports, including bungee jumping, which was invented in New Zealand, are extremely popular too, along with rugby. And yes, the gorgeous countryside is home to many sheep (there are more sheep than people in NZ) and cows! My personal favorite fun fact is that NZ was the first country to give women the right to vote in 1893. 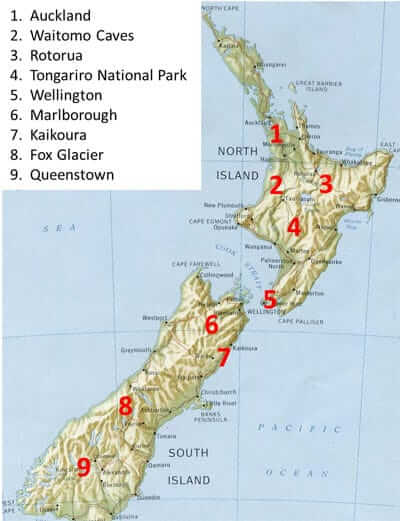 We flew into Auckland in mid-November, which is late spring/early summer in New Zealand, and then rented a car to explore both the north and south islands. After making it all the way down to Queenstown, we flew back up to Auckland for another night before heading home. 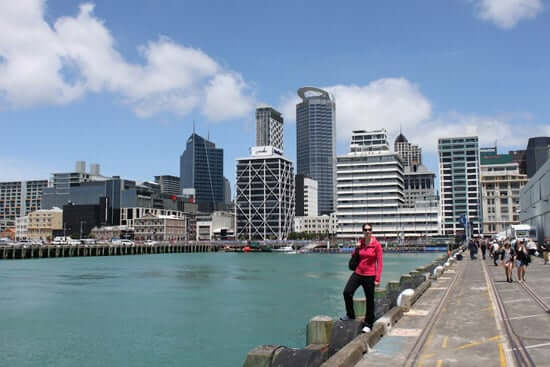 Our flight arrived at 5am in Auckland, and after renting our car, and attempting to get used to driving on the left side of the road, we enjoyed breakfast in the Parnell Quarter, which is home to many art galleries and cute boutiques. Then we wandered all around Auckland until our hotel room was ready. There just happened to be a World Cup triathlon taking place, so it was pretty cool watching the world class athletes speed past us during the biking and running legs of the race. I totally embarrassed Apolinaras by loudly cheering for all the US competitors! 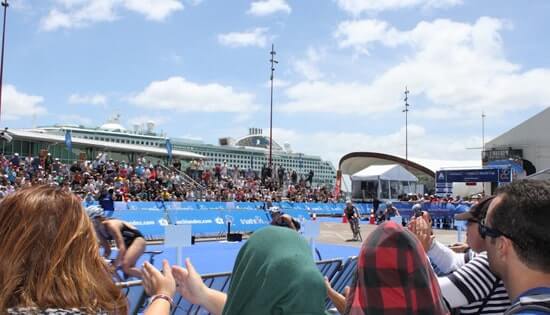 We were in great need of coffee after our early morning and somewhat sleepless night on the plane, so I had a couple flat whites (regular coffee with milk). I also enjoyed a few iced holiday drinks at Starbucks during our trip. Since it’s hot during Christmas, they sell gingerbread, toffee chip, and cranberry white chocolate Frappachinos! Unexpected, but delicious. 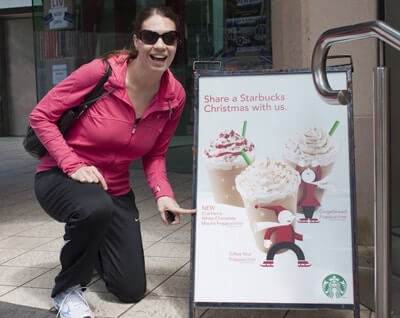 Since we had an apartment suite for a couple nights, we also headed to Countdown, a local grocery store chain, to pick up stuff for our breakfasts and picnic lunch for our hike the next day. I just love wandering through grocery stores in other countries! We tried as many local products as possible, including New Zealand beer, Feijoa juice, and hard cider, amazing yogurt and cheese that I wish we could get here, and of course kiwifruit! They have golden kiwis in NZ, which I’d never seen before. They’re a bit sweeter than the green variety and apparently don’t ship very well, which is why they’re not available in the States. 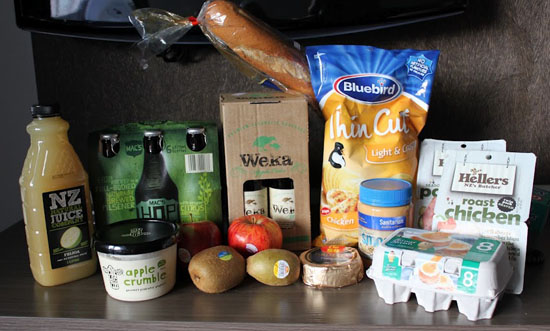 The next morning we took a ferry to Rangitoto, which is a young volcanic island formed just 600 years ago. 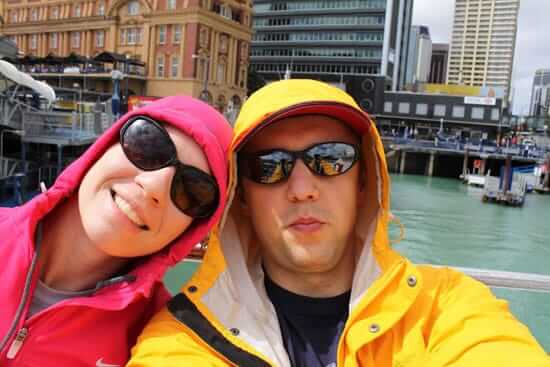 We meandered through the lava fields, 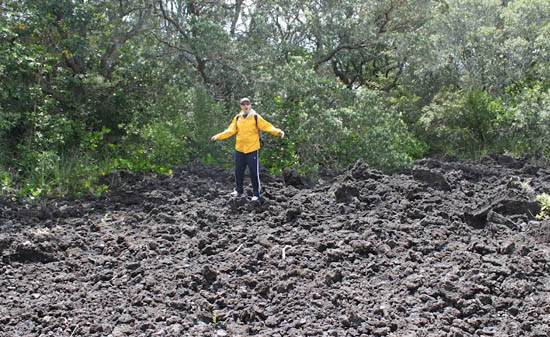 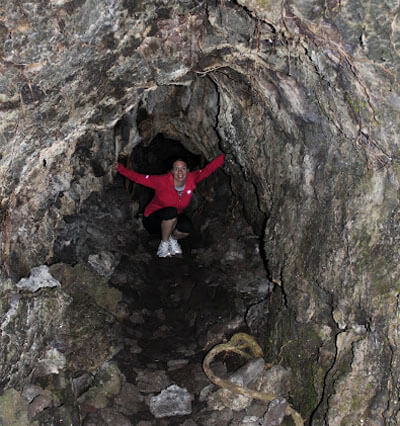 and hiked to the top of the crater to take in a gorgeous view of Auckland. 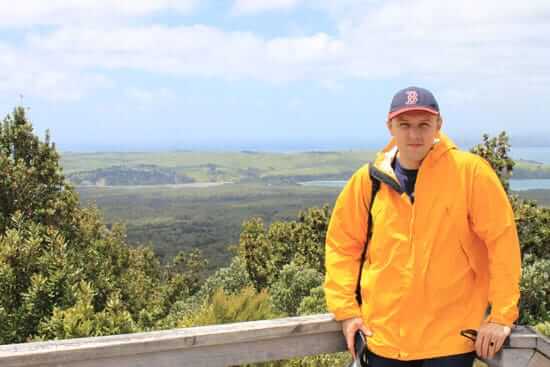 Due to New Zealand’s location, about 10% of Kiwis are Asian, so we enjoyed a lot of excellent Asian food in Auckland, including Japanese and Thai. 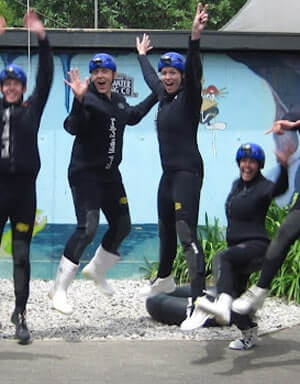 The next day we headed off to the Waitomo Caves, where we were pretty excited to slip into some sexy wetsuits and go caving with Black Water Rafting! 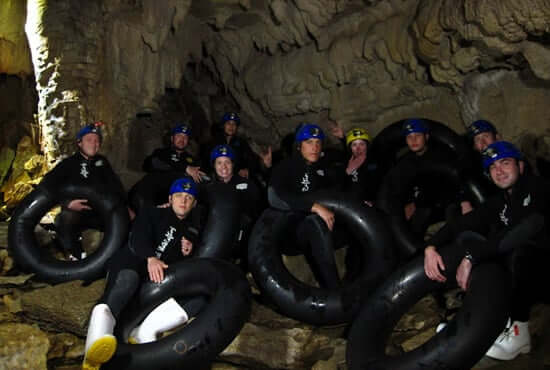 The caves in Waitomo are filled with glowworms on the ceilings, which sparkle like stars on a dark night. Imagine floating in an inner tube down a river through a pitch black cave while trying to take in all the sparkling glowworms above you – so cool! 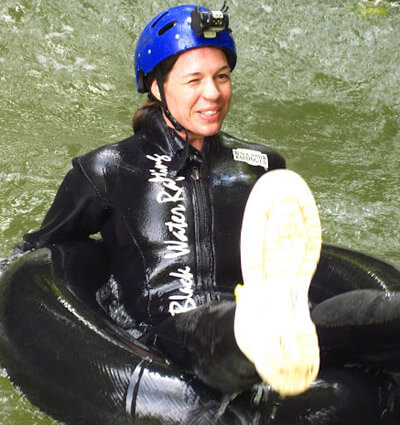 We also enjoyed one of our favorite meals of the trip that night at Huhu. I had slow roasted lamb shoulder with gnocchi and smoked tomato sauce (which inspired today’s recipe!) and Apolinaras had braised beef with celeriac puree, mushrooms, and broccoli. We split a yummy rhubarb tart for dessert. 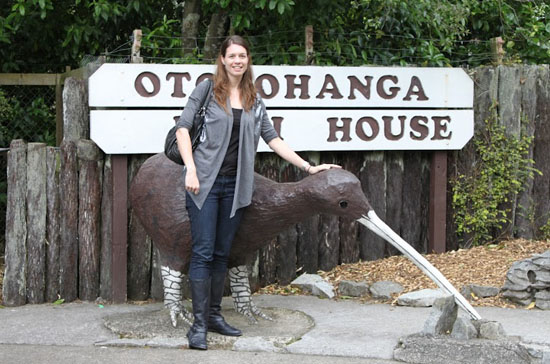 The next morning we enjoyed a lovely meal of farm fresh eggs and French toast with bacon at our bed and breakfast, and then checked out the Otorohanga Kiwi House and Native Bird Park. Kiwis, of course, are New Zealand’s national bird, but they’re nocturnal so the only way to really see them is to visit a sanctuary or zoo. 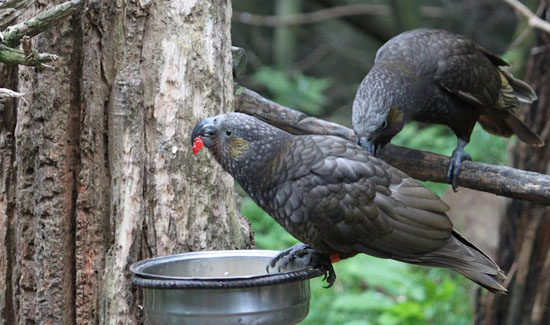 We also thought it was pretty funny there is a bird called a Kaka in New Zealand, because that’s our cockatiel’s name!  On our way to Rotoroua, I finally got out of the car and attempted to get a picture with some of the many roaming sheep, but they all sort of ran away – oh well.  The highways in New Zealand are mostly two lane roads and the countryside is just gorgeous.

Rotorua is home to many geothermal springs and Maori cultural events. The Maori are the native Polynesians who arrived in New Zealand sometime before 1300. 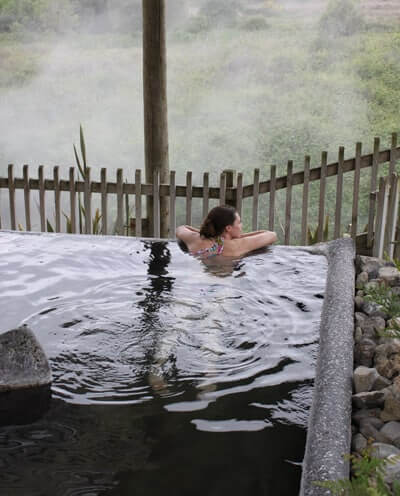 We spent the afternoon soaking in the tranquil and rejuvenating Waikite Valley thermal pools. 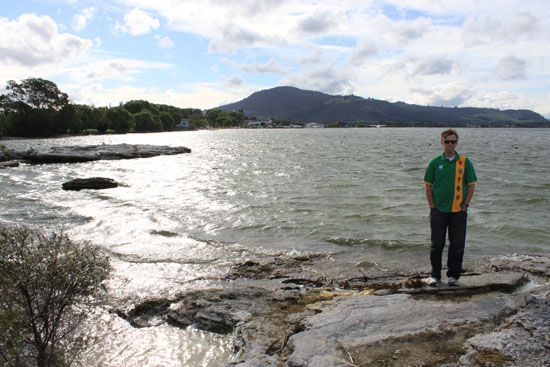 Feeling completely refreshed, we hiked around the lake in Rotorua. 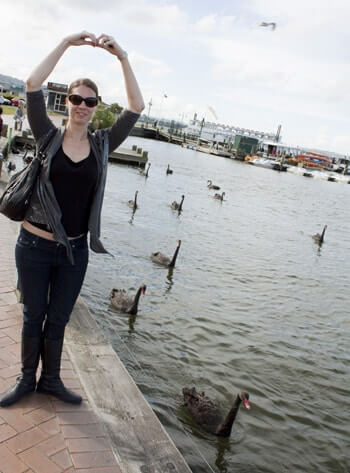 I couldn’t help attempting a ballet pose when we ran into a flock of black swans, haha. 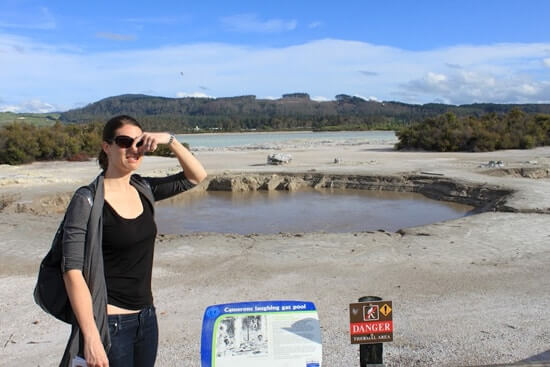 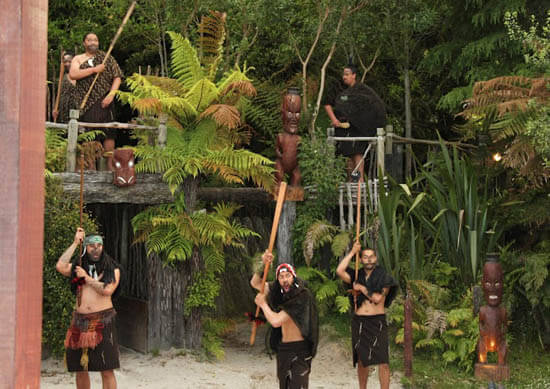 That evening we attended a Maori cultural show and enjoyed a feast called a hangi, in which the food is slowly cooked in underground pits, at Tamaki Maori Village. 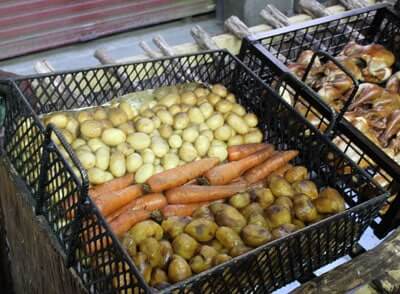 The experience was a little cheesy, but I really enjoyed watching the traditional tribal dancing and singing. Whew, I can’t believe I’ve only recapped 4 days – 9 more to go!

I knew I had to feature a lamb dish in my first New Zealand post, so I used my entrée at Huhu as an inspiration and braised some lamb that I served with gnocchi in a Mediterranean tomato sauce that included chickpeas, roasted red peppers and sun dried tomatoes. Make sure to have some crusty bread on hand to sop up all the extra sauce! 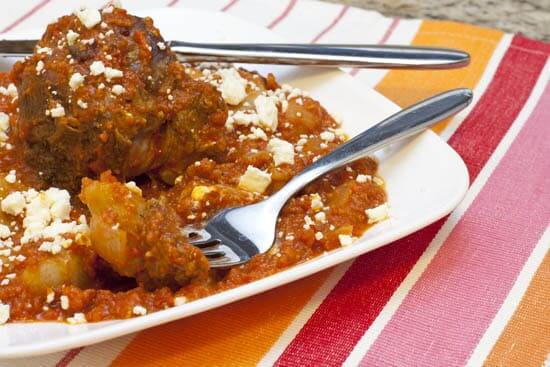 Rub olive oil onto all sides of the lamb pieces and sprinkle evenly with remaining 1 teaspoon salt. Sear lamb pieces, about 1 minute per side, over medium high heat in a large skillet. Remove lamb pieces and place chopped onions in the pan. Sauté onions for 5 to 7 minutes or until softened; add garlic and sauté 1 additional minute. Stir onions into the sauce and place seared lamb pieces into the sauce in the Dutch oven. Cover the Dutch oven and bake for 1 1/2 hours at 300°F; remove Dutch oven lid and bake at 300°F for an additional 30 minutes or until lamb is tender and sauce is reduced.

Meanwhile, prepare gnocchi according to the package directions. Stir gnocchi into the sauce around the lamb pieces. To serve, divide sauce onto 4 plates and place a piece of lamb onto each one. Sprinkle plates evenly with feta cheese. Makes 4 servings.

Please don’t judge this recipe by the picture. It’s not the best looking pasta dish to begin with and my hopeless photography skills definitely don’t help do it any justice, but I can guarantee you that it’s worth making! I was recently asked whether I usually end up...
Make this

I’ve mentioned before that my mom teaches a high school culinary arts program. Her students have a few big national competitions coming up this summer, where they will be vying for scholarships to culinary school, and they recently held a really cool fundraiser at BOS...
Make this

I’m not a huge main dish salad fan. It seems like whenever I just have greens with veggies and protein for lunch, I end up with a grumbling tummy only a couple hours later. My outlook recently changed after a lab potluck though. Sima brought in a lovely spinach salad...
Make this

Gruyere Risotto with Asparagus and Mushrooms

I apologize if you had trouble with my blog earlier this week. I tried to upgrade my WordPress account and the theme completely crashed – ugh. Luckily, my better half is a computer whiz and very supportive of my blogging. He stayed up until 5am – yes, 5am – to fix it...
Make this

Roasted Potatoes and Sausages with Green Beans and Mushrooms

I must have been a super good girl this year, because Santa already brought my present! Isn't it pretty? Apolinaras insisted I open my gift early so I could figure out how to use it before we visit the Grand Canyon over the holidays. He’s just the best! We don't know...
Make this

Whew, what a week! We moved and are finally mostly unpacked, although the guest bedroom is still a bit of a disaster and we need to go shopping for a few accessories (rugs, mirrors, etc). The most important room is completely organized and fully functional already...
Make this